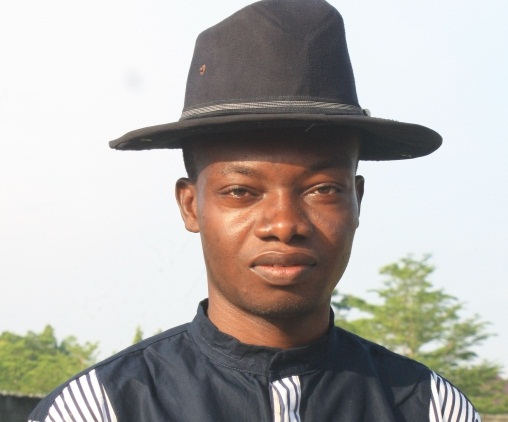 Thank God for Racism – It has made me a Successful Writer

Rock Bottom was when I contemplated taking my own life. But how did I get there? By doing what I love to do: writing.

Let me tell you how.

I wrote a short story, and then after giving it some thought, I decided to publish it online as an eBook. The story was loosely based on the true events of December 25, 2008. A young Nigerian man had boarded a plane bound for the United States of America with a bomb in his underwear. He intended to blow up the plane along with about 300 people on board.

In my excitement, I hit the publish button expecting to see my book become a best seller. It doesn’t work that way. I quickly discovered that if you are going to make any sales you need to have good reviews on your book, so, I started the process of requesting reviews. That was how my troubles started.

I approached a certain woman who has a popular blog. Her name is Karen. As fate would have it she works at the particular Airline my story was taken from. As a matter of fact, it appears that she was quite involved in the event from which my story is derived. I was happy when she agreed to read and review my book.

Have you ever seen a review in which an entire paragraph was dedicated to calling out spelling and punctuation errors, or one so one-sided that it did not see a single positive in its review subject? Well, you have now! She bashed everything about my book; from the disclaimer at the beginning to the way I ended the story. Even though the book was marked ‘Fiction,’  she said my work did not tally with the details of the original event and gave me my the ONLY 2-star review on my book page.  (Just google Bomber Boy: Ike Pius). She made it quite clear that she hated my book.

Another reviewer from whom I requested a review wrote that my book was just an attempt to humanize a terrorist, she implied that I had no talent, and expressed the belief that I was sympathetic to terrorists and supported their actions.

These two reviews almost completely murdered my chances of successfully promoting that book, and myself as a writer.

I was almost Completely Broken

Bashing an Author’s writing effort is an act of evil. It arouses feelings of frustration, dejection, and depression. In my case, I stopped promoting my book on social media, and I did not even write as little as an article for several months. In a nutshell, I stopped being an Author. I stopped being anything.  I wanted to die.  If that was their goal then they succeeded… Temporarily.

But something happened that caught my attention.

Karen, the first (pseudo) reviewer mentioned, after killing my chances on Amazon, then came to another book promotion platform (GoodReads) to repeat the action  AFTER THE PERIOD OF ABOUT 2 YEARS. I did not request it, and neither did she ask me. She searched for my book on Goodreads and sought to shoot it down again. (If you would just search Bomber Boy: Ike Pius you can see this evil review.)

That was a premeditated attempt to rubbish me. I had 2 choices: sit back and let her win, or stand up and fight. I chose the latter.

Woken by the Shock

As shock therapy can stimulate the mind so have I been motivated. Their actions have not only jolted my brain into activity, but they have given me a story to tell. The rocks they have thrown at me have become steps upon which I now climb to a greater height of success in my writing, and other aspects of life.

To crown it all, I now consider myself qualified to offer words of encouragement to younger ones who might have experienced one form of Racism or the other. That is exactly what I do in the next paragraph.

In my honest opinion, to become successful as a Black person in almost any field of endeavor means that you have to work extra hard. You have to put in an extra effort in order to land opportunities to show your abilities.

In my case, I have written review requests that have been ignored or rejected well over 100 times. In fact, I have recently seen an article rejected 25 times for the very reason we are discussing.

But opportunities will come, and if you seize them, you can make it. There is nothing you cannot achieve if you do not give up.

I responded in the only way I know; by picking up my pen and producing content that is useful and impacting to all who read, and by getting my work reviewed by as many people as possible.

By not giving up I have met many kind Authors and Reviewers, some of whom have taken a stand with me basically because they have been disgusted by the actions of my attackers.

At the moment, I produce content for a few bloggers, but I plan on growing this venture.

I have received gracious words of encouragement from many fine people all around the world, and now I have recovered my dignity and ambition.

This article you are presently reading is a victory for me and a loss not only for my detractors but for racist trolls all over the Internet.

Today, I make some real money through my writing. I now have regular paid blogging gigs, as well as the opportunity to build a brand of my own.

As the title states, Racism has been good for me. But this article does not in any way make light of the harrowing experiences that my fellow blacks and other people of color have to face on a daily basis, nor does it disrespect the memory of those who have lost their lives at the hands of Racists.

I am simply relating how it has happened to me personally while urging every reader to respond positively if possible.

How has Racism been a good thing?

It has inspired me to become a better writer, and today, writing has become to me a real, and profitable venture.

It has forced me to network more as I have needed more reviews to drown out negative comments about my work.

It has made me more socially aware.

It has given me a story to tell.

About the Author: Ike Pius is an Author who wants to feature on every blog in the world. For more stories from Ike Pius go here: https://www.goodreads.com/book/show/18517103-bomber-boy  or find him on twitter via @ikepius.

I am an Indiblogger